Nonty Charity Sabic is cofounder of the international Rise Ubuntu Network, based on “ubuntu”, an indigenous South African philosophy that aims to teach and collectively remember the connection shared between humans and nature. Based in Barcelona, Sabic is involved in the World Social Forum of Transformative Economies (WSFTE) 2020, focusing on the commons.

Nonty Charity Sabic is originally from South Africa but has spent the last twelve years in Europe. Much of this time has been dedicated to educating more people about ubuntu, a philosophy shared by several indigenous peoples in South Africa, which she encapsulates in one principle: I am because we are.

“Ubuntu comes from the word umuntu, which means ‘a person’. A person is umuntu. How a person lives and interacts with others and with nature is called ubuntu. This indigenous knowledge reminds us that we are humans thanks to mother nature. She belongs to us and we belong to her. But we have forgotten who we are and that we have a deep connection to nature,” Sabic summarised in an interview in Barcelona as part of the first international gathering of networks to kick off WSFTE 2020.

The Rise Ubuntu Network strives to reverse this trend by confronting the crisis. As cofounder, Sabic proposes “regenerative education” to remind people of the connection between humans and nature and to teach them respect for indigenous knowledge. The organisation also educates about recognising and working through internalised racism.

For Sabic, this way of understanding economic systems is directly tied to the idea of the Commons, or economies based on common goods, one of the principal movements behind the organisation of the WSFTE, which will be held in Barcelona in 2020.

“The commons is knowing that we take charge of our common spaces, we take responsibility for our common resources, and that these are to be shared equally among the citizens. This very much resonates with the belief of ubuntu, that you are responsible for the resources around you, and other people in the community are also responsible for you, and everybody has a responsibility to take part and to co-create together,” the activist explains.

“This is a very important space, the Forum itself, because it is very diverse and it brings people from different parts of the world, grassroots movements. And especially in these times that we live in, I feel that it’s really crucial to have spaces like this where we can come together from different perspectives and different organisations to see how we can co-create and dream this new world into being that we want to live in into being. What I’m hoping could come out of the Forum, with all the knowledge and diversity from the different parts of the world, is that we can come up with a really new and powerful way of learning and remembering how to live together, of learning and remembering that we are global citizens, that we come up with solutions that are local and yet impact globally,” she states.

Sabic hopes that the 2020 WSFTE in Barcelona will have more representatives from indigenous communities and the global south, many of whom face numerous obstacles or visa problems that make it difficult for them to attend the Forum. For this reason, the activist suggests that the WSFTE not wrap up in Barcelona in 2020, but rather extend to other regions, continuing to be a space for gathering, sharing experiences and creating together. 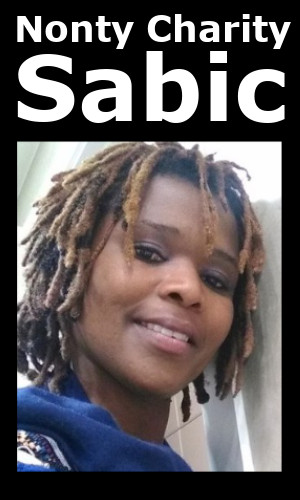 Nonty Charity Sabic is a South African workshop leader and dynamic speaker, currently living between Europe and South Africa. Her goal is to deliver a message of empowerment, service, indigenous wisdom, sustainable living and the importance of building community and ecovillages in modern Society. Read more...