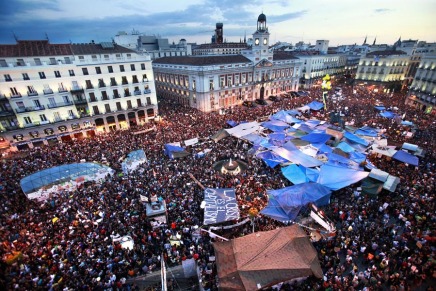 Madrilonia/@PinkNoiseRev Translated by Stacco Troncoso, edited by Ann Marie Utratel The 15-M movement seems to be at an impasse, unsure