“A call for the World Record we set for the most people shouting, “You’ll never own a house in your whole fucking life” (sadly, Guinness wouldn’t recognize our feat). An event that gathered hundreds and hundreds of people in cities all over Spain to shout, collectively and publicly, what had been experienced until that moment as a personal problem.” 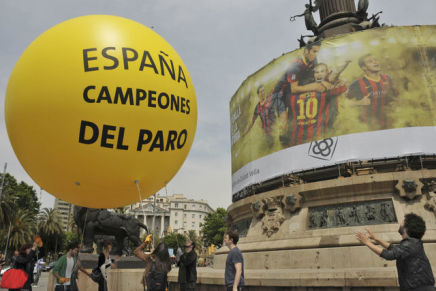