UNESCO declared 2019 the International Year of Indigenous Languages, aiming to spread awareness among the general public about the risks faced by these languages and their value as vehicles of culture, systems of knowledge and ways of life.

There is a tendency for dominant languages such as Spanish and English to grow, while minority languages find themselves in danger of extinction. This actually reflects a natural cycle – languages are born and eventually pass away. But what is unprecedented is the sheer speed with which this process is currently happening. And the internet and globalisation are speeding up this natural process at an alarming rate.

There are a total of 7,000 languages in the world, but the top 20 alone represent 50% of the global population. Many of the world’s more precarious languages are spoken by indigenous communities, and with increased globalisation and pressure to integrate into the dominant culture, their rate of extinction is gaining speed. This involves not only the loss of a language, but also the destruction of a world view and the loss of culture’s particular idiosyncrasies.

When a language dies, ancestral knowledge is lost and the culture begins to disappear. Our human capacity for creativity becomes restricted as we increasingly adopt more homogenous points of view. We begin to lose faculties such as tolerance and the practice finding harmony within diversity. Eventually, we begin to deteriorate as a society.

Despite this, however, the world is also experiencing a renaissance of linguistic and cultural diversity. People everywhere are reclaiming sovereignty over their languages and cultures, and for the first time, the global indigenous community is showing signs of revitalisation.

A large number of global civil society initiatives are working to get national governments to reverse policies of forced assimilation that have been in effect since colonisation. Recently in 2003, Mexico repealed a constitutional prohibition on the use of indigenous languages in public schools. In 2014, Alaska went a step further and made all of the state’s indigenous languages official alongside English. Throughout Europe and other regions of the world, minority languages are being incorporated into public school curricula as well, and in Bolivia, 36 indigenous languages have gained recognition since 2000.

Why do languages come under threat and eventually disappear?

Simply put, a language disappears when its speakers die or abandon it in favour of another language – often one that is widely spoken by a dominant group of people. The survival of a language is subject to external factors and threats, such as military subjugation (even in democratic countries) or pressures of an economic, religious, cultural or educational nature. Internal factors come into play as well, including how much a community may come to reject its own language. Today, increased migration and urban development tend to lead to the disappearance of more traditional ways of life. These trends also create an enormous amount of pressure to speak whatever dominant language is necessary – or perceived to be necessary – in order to fully participate in society and keep up with its economic progress.

Technology also greatly speeds up the disappearance of language, but at the same time, it plays an important role in revitalisation movements. This is why we at Latinoamérica Habla embrace technology and use it to create collaborative processes of inclusion, digitalisation and promotion for indigenous languages. This also helps members of indigenous communities to see that their languages are modern, relevant and useful.

Communities that are not online lose opportunities for employment, education as well as recreation. Given the current pandemic, this holds true now more than ever. Those with internet access have been able to maintain an income and those without have seen their situation become even more precarious.

What can we do?

There are two sides to the internet when it comes to cultural diversity. On the one hand, dominant languages are made even stronger, eclipsing the limited linguistic diversity that does exist online. On the other hand, however, the native languages of smaller communities are given a platform for digitisation. The possibility of creating original content and the ability to share it online make it possible for speakers to promote their own languages with relatively few resources.

However, not everyone has equal access to such methods of language revival. While some communities have the privilege of working with professionals and linguists, others speak languages that have not even been studied yet. While some individuals are equipped with the skills and tools to promote their languages online, others are still fighting for basic internet access.

It is in this climate of equality that we founded Latinoamérica Habla in 2017 as a non-profit organisation working for the protection, revitalisation and digitisation of indigenous languages in Latin America.

Our mission: To foster and promote respect for the cultures of indigenous communities through the digitisation and revitalisation of their indigenous languages.

Facebook: We are currently translating the Facebook interface into Qom to encourage use of the language among young people.

Technological terms that did not yet exist were created by consulting with informants from different Qom-speaking communities and then coming to a consensus about the most appropriate terms to coin. The Qom interface is already operational for community use on Facebook. Additionally, Qom speakers can still contribute their own translations, vote on translations provided by other community members and thus create a more democratic translation based on consensus. It is a continuous process of translation, voting and editing.

Indigenous Languages Bill in Santa Fe: We have submitted a bill, backed by  local communities, to obtain official legal status for the indigenous languages spoken in the province of Santa Fe – the same recognition already held by the Spanish language. The goal of this bill is to raise awareness about the linguistic and cultural diversity of the province as well as to reclaim the right of indigenous populations to speak their own language.

Keyboards for indigenous languages: We design and develop keyboards, adapted to the orthographic needs of indigenous languages and compatible with any type of device (mobile phones, tablets, computers) both on- and offline. By incorporating the language into technology already in use within the community, we not only promote the use of the language but also increase its overall visibility within society. The Qom and Mocovi keyboards have already been developed and are currently being optimised. We are also working on developing a keyboard for the Mbyá Guaraní community.

Restitution of content: We were able to reach an agreement with the University of Texas and the Ibero-American Institute of Berlin to return a large amount of material housed in those institutions to the community and make it open access. This content can be viewed here. We want to make existing bibliographic and scientific material more available to the communities that contributed to this work. At the same time, it is an invitation to academics from different fields to revise their strategies for giving indigenous communities access to scientific studies which involve them.

Even today these communities feel strongly that they are treated as mere objects of study, objects of digital and academic colonisation. Digital archives and libraries are normally designed for academic use, when ultimately, the community members and the subjects of those archives should also be taken into consideration as target users. We know that this entails an enormous amount of effort in terms of creating new infrastructure, but it is a goal that should at least be considered in building these kinds of platforms whenever possible.

Education: We are also developing educational games, both digital and physical, as early childhood learning tools for use in bilingual schools. These games will be open access and reproducible for any indigenous language in Latin America, given that they are very basic in terms of the knowledge and values they transmit.

The COVID-19 pandemic has dramatically exacerbated an already existing crisis within the education system, making it difficult to support children within the institutional framework. On top of this, we find ourselves in a situation where children from indigenous communities are particularly affected and left behind – they frequently have little to no access to new technology, and the education system does not provide them with a respectful environment based on multiculturalism. Quite the contrary – no curriculum exists for bilingual schools at all, and there are no qualified teachers available to teach in such schools anyway.

In many Latin American countries, ethnic, linguistic and cultural diversity – far from being considered pedagogically valuable – are seen as a problem and are used as an excuse to hold children back and exclude them.

Glossary: Having entered into an agreement with Living Tongues, we created a digital version of the Qom dictionary, including audio files so that users can hear how words are pronounced. Currently we are working on a phonetic transcription of the words to aid in pronunciation while listening to the audio clips.

Discrimination and segregation are on the rise. All too often, we are ignorant of other ways of life and do not know how to be receptive to diversity. We need to have a more intercultural approach to education, but it must be directed towards non-indigenous communities. Indigenous peoples are already intercultural – they have had to adapt to the dominant culture. But simply learning about these communities is not enough. Members of the dominant society must engage with indigenous culture in order to create a truly intercultural world and bring about an end to discrimination. 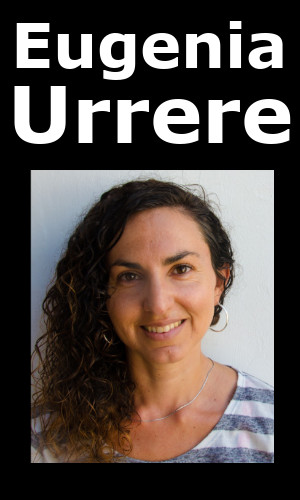 Eugenia Urrere graduated from the National University of Rosario, Argentina, with a degree in Communications in 2012. She went on to continue her studies in Communications and Social Organisations, receiving a specialised degree in 2020. Meanwhile, in 2015, she also earned a diploma in Human Capital Management. Read more...