Genetically modified organisms have been a recurring news topic over the past few years. They appeared in Wikileaks releases in 2010 and in an open letter published by 109 Nobel laureates; the Spanish government released statements in their favour, doubts were raised about the limited evidence of their carcinogenic properties and a review of scientific papers confirmed that they are harmless. Stemming from an unbridled controversy, this weighty political debate has spread to the world of science.

The environmental movement sparked this debate by putting the focus on food safety, which, in line with my experience in science as well as in international cooperation and environmental activism, constitutes a not-yet overcome “original sin”. Although it is reasonable to be cautious about new technologies, refusing to budge from this position despite the mounting evidence to the contrary has been a mistake. Does this mean that the environmental movement should abandon its opposition to genetically modified organisms? Absolutely not. However, it would be wise to redefine the arguments and strategies for confronting them, not only for the sake of  environmentalism, but for the good of the global farmers’ movement.

For the environmentalists, GMOs are a threat to biodiversity. GMOs from large corporations are mostly used in combination with non-selective herbicides, meaning that they can successfully kill any plant except the modified one — the one that they cultivate — creating less biodiverse agricultural systems that are incapable of supporting insects and other species that depend on them for food, such as many of the threatened steppe birds in Spain (larks, great bustards).

For the environmentalists and the farmers, the decrease in agricultural varieties is more critical on a global scale, for it involves a loss of resilience (capacity to recover from a crisis), critical in times of widespread change. Since creating genetically altered seeds involves developing technology and spending millions, corporations that produce these seeds will invest in only one variety per agricultural product (only one kind of corn, only one kind of wheat, etc.). Profitability. This means losing all of the advantages that local varieties have gained from adapting to the climate, land or pests of a given place, which can only be offset with more pesticides and fertilizers, themselves harmful to the environment, not to mention very expensive. The consequences can be seen in the implementation of the North American Free Trade Agreement (NAFTA): corn subsidized by the USA has replaced indigenous Mexican production, increased environmental costs and threatened varieties of the most diverse corn-producing region in the world.

A more critical argument in societies with a lack of environmental awareness such as ours is that of food sovereignty. Since genetically modified organisms are always developed by megacorporations, farmers lose control over the means of production and end up doomed to poverty and subject to market fluctuations in order to acquire the subsistence goods. This can bring periods of prosperity, but also of malnutrition, poverty and migration to impoverished slums. Only the richest survive.

We need to reflect on the world food system. We know perfectly well that solving hunger is not a question of technology—after all, there is plenty of food—but of poverty. On the other hand, the majority of crops (including those that are genetically modified) feed livestock, and the uncontrolled consumption of meat creates obesity and perhaps cancer. Absurdly, we devote some of our best farmlands to growing food that does not feed humans, causing tremendous environmental impact and conflict over water just to satisfy a crazy need that causes public health problems on top of it all. We are determined to produce quantity over quality, not the other way around.

Furthermore, there is a worldwide movement towards abandoning extensive livestock farming, despite its high nutritional and economic value (such as ham from acorn-fed pigs, but also milk and other meats). This way of farming is not only desirable because it reduces farmer shortages, but also fulfills essential environmental functions. In developed countries where its abandonment has advanced further, there is already a related biodiversity crisis and an increase in fires. Even so, unfavourable policies carry on, such as the European Union’s Common Agricultural Policy (CAP), which disregards the woody grazing lands in Spain or barriers to pastoral mobility and to the use of communal pastures in developing countries.

A separate category of extensive industrial livestock farming should be considered, currently indistinguishable in national or FAO statistics. This is advisable from the point of view of public health, food sovereignty, rural development or maintenance of biodiversity, but also for the national economy: for countries that import hydrocarbons, reducing agricultural dependency on fuels, fertilizers or pesticides means saving a lot of money on oil that would not have to be imported. For countries with commitments to greenhouse effect reductions, it would mean not having to buy costly emission rights as Spain has done in recent years. 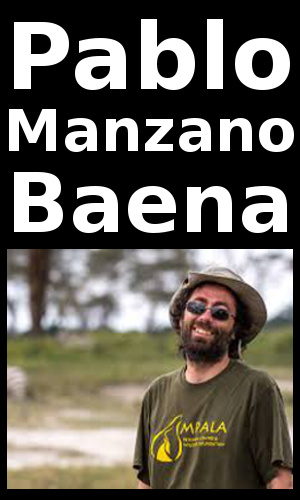 Rangeland Ecologist with more than 15 years’ experience in pastoralism. Starting with ecological research in Spain, then moved into social, legal and economic issues by collaborating with NGOs and the government locally, and later working on rural sustainable development issues in Bosnia and Herzegovina. Read more...