For more than a decade, scientists known as “virus hunters” have been sounding the alarm about new diseases emerging as a result of global deforestation. As the new coronavirus has shown us, the attack on natural ecosystems has the potential to cost lives and spark a global financial recession. Marina Aizen documents similar outbreaks in different regions, tracing their common roots and exploring what disasters may lie in wait for our region.

The emergence of strange new viruses, such as the COVID-19 coronavirus, is nothing more than the product of mostly tropical ecosystems being annihilated in order to plant monocrops on an industrial scale. These diseases also result when wildlife, often in danger of extinction, is handled and trafficked by humans.

For around ten years, scientists have been studying the relationship between deforestation and the explosion of viral diseases in the world. These viruses may not be detectable to bulldozer operators as they plough down forests full of wildlife, but they do make their presence known, as we have recently seen, when strange symptoms begin to appear in people who end up being carriers of previously unknown diseases.

This phenomenon is well documented in many countries, from Southeast Asia to Latin America, and each case exhibits its own unique characteristics, complexities and dynamics. However, one underlying issue is always present—our extractive vision for the world has brought humanity to a crossroads where our own existence is in jeopardy, and this situation is something we cannot simply fix with disinfectant and hand sanitizer.

Bolivian scientist Carlos Zambrana-Torrelio is the vice president of EcoHealth Alliance, an organisation based in New York that monitors the relationship between wildlife and emerging diseases. He frequents warm regions, connecting the dots between epidemic crises and the environments in which they develop. He states that throughout the world there have always been cases of zoonotic transmission of viruses from animals to humans. However, these stories do not always make international news, either because the corresponding disease has been contained or because it did not have the right conditions to spread.

In June of last year, Bolivia detected a concentration of a new pathogen called the Chapare Virus. It had been identified for the first time in 2003 in Cochabamba in a zone that had been cleared to plant rice. Rice is generally harvested by hand, and the workers hired for the harvest tend to live close to the cultivation site. Rats carrying the virus are then attracted by the presence of these farmers who end up developing hemorrhagic fever. Finally, the virus is transmitted from human to human.

Surprisingly, some 16 years later, a man appeared in an emergency room on the outskirts of La Paz with symptoms that the doctors did not recognise, and, naturally, they did not take the necessary precautions to protect themselves. In the end, the man died, as did two of the doctors that treated him—three deaths in two weeks. How the virus travelled from a rural tropical region to the Andes remains a mystery.

Zambrana-Torrelio works in Africa, specifically in Liberia and Sierra Leone, where a deadly ebola outbreak shocked the world. There too, the disease emerged mainly due to the fragmentation of the tropical forest. This destruction forced many different species of bats to come into contact with each other and live crowded together in the few trees that were left standing. The resulting mix of different species, who had had no previous interaction in this environment, became a petri dish, of sorts, from which the disease would eventually emerge.

It began one day when a local child found a bat on the ground and took it home for his mother to cook. Scientists believe the mother may have had open cuts on her hands, and the contact between the animal’s fluids and her human blood was enough to unleash an epidemic on this very vulnerable population. Between 2014 and 2016, 28,600 confirmed cases of ebola and 11,325 ebola-related deaths were registered according to the CDC (Center for Disease Control) in the United States.

“Everything began because of deforestation though,” Zambrana-Torrelio points out. “In Borneo, fragmentation of the forest is causing a rise in cases of malaria. And the reason is that, in open spaces, there are larger holes in the ground where water can accumulate. Mosquitoes reproduce in this water and increase the number of cases among people who are there planting palm trees for oil.”

The appearance of zoonotic diseases is not a new phenomenon, but it seems to be increasing in frequency. Author David Quammen explores the reasons for this in his book Spillover: Animal Infections And The Next Human Pandemic. He maintains that our planet’s enormous human and livestock populations, combined with the destruction of natural habitats and the alteration of ecosystems all create the perfect conditions for mother nature to unleash her revenge on humanity.

In a report on NPR., Quammen pointed out the fact that humans are the common link in all cases of zoonosis: “We humans are so abundant and so disruptive on this planet. … We’re cutting the tropical forests. […] We’re eating the wildlife. You go into a forest and you shake the trees—literally and figuratively—and viruses fall out.”

The dismantling of forest ecosystems has been occurring on a large scale for two to three decades, fueled by globalisation, capitalism and the food industry. Take, for example, our consumption of palm oil, which is present in a whole range of foods and products, including cosmetics, non-trans-fat french fries, Nutella and even biodiesel. What the public isn’t aware of is that these products not only lead to the disappearance of beloved species such as orangutans, but they’re also responsible for the spread of contagious disease among humans.

In Argentina, the transformation of the environment has resulted in illness and death throughout its history, due to the attack on ecosystems like the Gran Chaco, Las Yungas or Selva Paranaense as well as the Pampas. Fidel Baschetto, a veterinarian from Córdoba and lecturer at the local Universidad Nacional, elaborates:

“If we look at the history of environmental change in Argentina, certain events went unnoticed because they were systematically normalised. For example, the development of the Pampas, and the sweeping changes and domestication that ensued, gave rise to a disease still known today as the Argentine hemorrhagic fever.” Baschetto also reminds us that the yellow fever epidemic, which cost the lives of around 15% of the population of Buenos Aires in the tragic summer of 1871, was sparked by human contact with areas of uncharted forest.

Ecosystems are complex webs of evolving relationships that we can only begin to understand through patient scientific observation. Their destruction in the name of progress (or simply greed) has its dark side that ultimately causes real suffering. Our suffering.

Therefore, when Jair Bolsonaro boasts about Brazil’s sovereignty over the destroyed swaths of the Amazon, we can only expect that, at some point, disease will strike the formerly forested region, now converted into land for agriculture and livestock. A study published in the Journal of Emerging Infectious Diseases in 2010 gives us a taste of what can be expected: destroying 4% of a forest region can result in a 50% rise in cases of malaria.

Wild species do not fall ill from the viruses they carry because they have evolved together with these microorganisms for thousands of years. “Any animal may carry as many as 50 different viruses that live in its environment. They are simply part of the dynamic of the ecosystem. Without humans, there would be no transmission,” Zambrana-Torrelio asserts.

“What are considered new viruses for us are not new to nature. So, instead of talking about emerging diseases, we should really be talking about emerging diseases for humans,” Baschetto explains. “There are many viruses that have evolved alongside certain species, and those species do not suffer from the respective diseases. The pathogenic agent is going to understand that when it enters a new individual, it needs to avoid causing illness, or at least death, in its host. That’s because the death of the host, or what we would call the patient, brings about the death of the pathogenic agent as well. No microorganism wants to kill its host. However, until it evolves, which could take thousands of years, it will cause illness,” he adds.

Bats, mosquitos, rats and pangolins are not to be blamed for epidemics. The fault lies with us and what we do with the ecosystems that these animals live in—how we manipulate and bring these animals into a new, artificial environment. That is the real cause of the coronavirus, something that will probably cost us a global recession. In other words, mutilating ecosystems comes with a very steep price.

The coronavirus was transmitted to humans in a market in the city of Wuhan, China, where wild species are sold after having been illegally trafficked. These animals are smuggled along the same trafficking routes used for narcotics and illegal arms, comprising billions of dollars worth of illegal transactions. Those who consume the meat of these animals are often people who have migrated from the countryside to the city and now, instead of hunting these animals themselves, they buy them in the markets, seeking a taste of home. In the case of SARS (severe acute respiratory syndrome), whose zoonotic transmission also occurred in these so-called wet markets, bat faeces were a key vehicle for transmitting the virus that caused an epidemic that affected 8 million people in 2003.

It would be a mistake, however, to think that this only happens in China, where the government has now imposed a restriction on the sale of these products, no doubt leading them to be sold on the black market. According to Zambrana-Torrelio, in the United States, there is even a demand for taxidermied bats during the Halloween season. Everybody has their thing, it seems.

In Argentina, “many people consume wild game (fish, amphibians, reptiles, birds, mammals) without knowing its potential to spread parasites or other disease since food safety cannot be guaranteed when dealing with wild species,” says Claudio Bertonatti, scientific advisor of the Félix de Azara Foundation. This behaviour can therefore open the door to new outbreaks.

The preservation of ecosystems is not only a matter of environmental ethics; it also has to do with our survival. If the Earth is ill, then so are we. Zambrana-Torrelio puts it this way: “We need to stop thinking that we humans are somehow separate from the system, because if we don’t, we’re under the false premise that we can change, destroy and modify the environment according to our desires. Any change that we make to the planet is going to have an impact on our health.” At the end of the day, we are all in the same boat and—mask or no mask—we are all bound by the same fate. 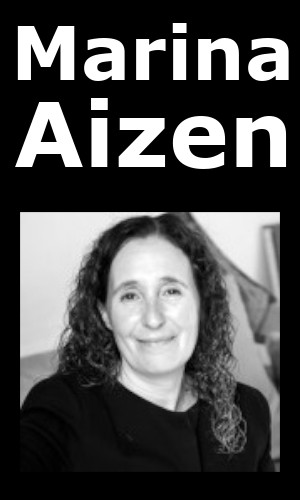 Marina Aizen is a seasoned journalist who has covered a wealth of world events: the September 11th attacks, U.S. presidential elections, the fall of Suharto in Indonesia, the war in Kosovo and the ups and downs of Wall Street. Read more...