The two global waves of mass protest that we have so far witnessed this millenium have focused their political agenda on the question of democracy and, more concretely, the strengthening of what Boaventura de Sousa Santos called demodiversity: “The peaceful or troubled coexistence of different democratic models and practices”.

The first wave – which began with the Zapatista uprising of 1994 and continued with the anti-globalization mobilization against the 1999 World Trade Organization summit in Seattle and the successive editions of the World Social Forum – denounced the crisis of democratic systems losing their legitimacy under the mandate of neoliberal globalization. It also demanded the use of different democratic experiences, such as participatory budgeting.

With the crash of the economic and financial crisis in 2008, social discontent intensified, feeding a second wave of mobilizations, particularly beginning in 2011, that spread through the streets and squares of the world, paving the way for what de Sousa Santos calls the riots of outrage (the Arab Springs, the Anti-austerity movement in Portugal, the 15M in Spain, Occupy Wall Street in the United States, the Free Fare Movement in Brazil, #YoSoy132 in Mexico, etc.). These protests, according to their respective contexts, dedicated a part of their agenda to the democratization of autocratic regimes in Arab countries and the lack of representation in current western electoral systems where political power is hijacked by the dictatorship of the financial markets, demanding “real democracy now”.

Strengthening demodiversity involves a twofold approach. First, one must condemn the limitations of liberal democracy, which has been exposed as an inefficient, opaque political system that perpetuates inequalities, bows to private interests and is largely sustained by corruption, conformism, fear and apathy.

Second, it is necessary to recover alternative democratic experiences discredited by the arrogant and flawed understanding of democracy that prevails throughout academia and society at large. The “primitive democracy” of Sumeria studied by Jacobsen; direct deliberation of the demos in the ekklesia in Pericles’ Athens; direct democracy in certain Swiss cantons that inspired the political ideas of Rousseau; Jacobian democracy in the French Revolution; political decision making processes in the philosophy of community power mentioned by Tocqueville in reference to the New England township; oral democracy exercised around the word tree in African villages, where decisions about daily life are made; the Paris Commune, historic exponent of participatory, worker-led democracy; Soviet democracy (councils of workers, soldiers or peasants) in the beginning of the Russian Revolution; the formation of farmer cooperatives in Mao Zedong’s China; the direct communitarian democracy of the Andean ayllus; the concepts of “lead by obeying” and the “true word” of Zapatista democracy; the Communal Councils in Venezuela; popular democracies in Eastern Europe between 1945 and 1989; participatory budgets; feminist democracies that include the expectations and demands of women; electronic democracy; participatory planning in Kerala (India); the participation of citizens in evaluating the impacts of science and technology—these are all experiences of demodiversity occurring in the margins of modern political history or completely outside of it.

The struggles for demodiversity are fundamentally based on five main ideas:

1. The battle for the definition and meaning of democracy. As Wittgenstein maintained, “The limits of my language are the limits of my world.” The limits of language demarcate the realm of the imaginable, the sayable and, together with it, the possible. Nevertheless, the mental and experiential limits imposed by hegemonic meanings can be transgressed by using different language that is capable of expanding the field of possibility. This expansion tends to result from profound semantic transformations. The fights for demodiversity are struggles to politically and socially redefine democracy, struggles to degrade the semantics of liberal democracy, decolonize its meaning and create alternative democratic language, as democracy does not exist as one single concept or practice.

The construct that nowadays we understand as democracy, based on concepts from the liberal, classical political theory of eurocentric 18th and 19th century authors, as well as the elite theorists of the 20th century, constitutes an attempt to obstruct and, to whatever extent possible, avoid a government of the people, a government of participation and popular sovereignty. Instead, the hegemonic theory of democracy fed us the idea of a single democratic model – procedural, minimalist and universal – linked to the financial needs of capitalist society.

Democracy is a practice that is situated in history and rooted in culture, a practice that assumes different forms and meanings in time and space. This practice expresses social grammar – ethical principles and epistemic universals by which communities and social groups are lead. Our concept of democracy must be decolonized in accordance with the idea of demodiversity. Decolonizing democracy means unlearning its eurocentric model, which is centered on the perspective of the male, white, heterosexual, bourgeois, literate and Christian subject; denouncing a falsely representative democracy that gives equal standing to the oppressors and the oppressed in the voting booths and whose rituals feign a normality that for many means abandonment and injustice; rejecting the false universality of a democracy that is made up of masters and slaves and that camouflages the ideas of class, the group or the dominant culture. It also means breaking the colonial mirror in which liberal democracy is seen as a superior form of political organisation in order to defend that idea that democracy should not be built solely through electoral processes, but also through practices and experiments that cannot be included in representative, white, classist, elitist, racist, patriarchal and globalized democracy. Deliberative assemblies, rotating positions of power, imperative mandate, referendums, community democracy, popular legislative initiatives, participatory budgeting and electronic democracy, among other practices, form part of the unlived history of democracy.

2. The battle for the incorporation of new political subjects. These two waves of popular global mobilization meant visibility for a diversity of subjects (the unemployed, indigenous peoples, peasants, at-risk youth, evictees, students, pensioners, etc.) who had been depoliticized by liberal democracy, a diversity that only offers the privilege of political representation to subjects organized in traditional democratic channels. Indeed, the struggles for demodiversity require us to acknowledge the wide range of political entities, whose forms of resistance do not necessarily ascribe to classic party and union structures. These entities reveal examples of multiple forms of political organization and participation: the civic movements, the Marchas de la Dignidad, the tent cities and democracy by consensus of 15-M, Syriza, the CUP in Catalonia, the circles of the rising Podemos party, pirate parties, new municipalisms and others.

3. The battle for other spaces of democratic construction. The political culture of liberal democracy rejects spaces of political actions outside of the formal channels of representative democracy (parliaments and traditional political parties). It believes that democracy is resolved “in the ballot box” and not “from a camping tent” (José Bono) or that it is exercised “with votes and not with banners” (José Antonio Bermúdez de Castro). Struggles for demodiversity redefine and expand political spaces, opening up a popular and democratic field of extra-institutional action that marks the exhaustion of party democracy and demands new participatory models. It is no coincidence that in recent years the most promising fights for demodiversity have been found on the margins of (and often in opposition to) institutional spaces of democracy: in streets, squares, schools, factories, social networks, etc.

4. The battle for other democratic and popular participatory practices. These practices involve high levels of politicization; they are produced with variable intensity and duration; they visualize a conflict, demand or specific need; and they allow us to think about democracy as a social practice and a daily way of life. Protest camps, popular assemblies, marches, occupations of public places, silent screams, peaceful acts of civic disobedience, sieges on Congress, artistic performances, escraches (public shaming actions at politicians’ residences), popular plebiscites and other initiatives comprise a vast repertoire of ways to exercise popular and civic power. These examples surpass the limits of an insufficient democracy which often suppresses and criminalizes this power.

5. The battle for alternative forms of sociability. The struggles for demodiversity are the bearers of a political culture broadly founded on more egalitarian and participatory grounds that distance themselves from the institutionalized and globalized (neo)liberal and capitalist world’s own forms of sociability (individualism, classism, consumerism, etc.).

Humanity has cornered itself into a dangerous electoral monoculture that is capable of destroying the diversity of democratic practices in which the individual vote is not the be-all end-all of democracy. Therefore we need to deal with the crisis, which has brought about this hegemonic model of representation and participation, from a perspective of combating colonialism, hegemony and commercialism, a perspective that is capable of considering the contributions of different subordinate groups while aiming to strengthen and enrich the concept and practice of democracy. 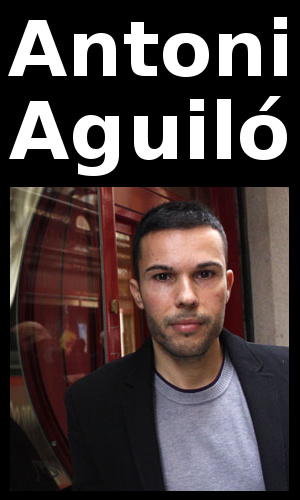 Antoni Aguiló is a political philosopher and professor at the Centre for Social Studies, University of Coimbra, where he also works as a researcher for the Núcleo de Estudios sobre Democracia, Ciudadanía y Derecho (DECIDe) [Centre of Studies in Democracy, Citizenship and Rights]. Read more...