Images from some of our articles

Hello, and welcome to our re-launched blog section! This blog is something we’ve developed so that we can tell you more about ourselves — as a project, a team, and as individuals. We’ve got our own stories to share, and we hope you enjoy our perspective and reports.

We know it may have seemed as if we’ve been inactive, or even as if we’d given up. Nothing could be further from the truth, so let me tell you a bit about our feverish year. Stacco attended the 2014 OuiShare Fest in Paris, France, and we were voted one among five winners. Together, we attended the subsequent OuiShare Acceleration Week in Paris. The two of us with Guy James helped represent the P2P Foundation at the OpenEverything Convergence held in Dublin and Cloughjordan, Ireland in September. With Arianne Sved and Susa Oñate, we developed our member screening and testing processes, and open governance model. The latter is directly inspired by the work of Enspiral (the group that developed Loomio); we had the chance to meet Ben Knight and Hannah Salmon of Loomio when they visited Madrid in the autumn.  Stacco, with help from the team, built our GT wiki full of information for both public view and internal reference. Stacco also appeared on national Spanish television to talk about the project. We’ve subtitled the interview in the video below.

Arianne headed up a conference in Barcelona centered on a universal basic income proposal for Spain, participated in her local Guanyem and Podemos circles, and was even a local Podemos citizens’ council candidate. Carmen Lozano Bright came on board near the end of the year, and helped greatly with strategic planning for the relaunch. Carmen also received an ECF research grant for a project called P2P Plazas; Guy and I helped her during the proposal stage. Carmen will also lead one of our upcoming special projects centered on David Bollier’s book “Think like a Commoner”. Again with Guy, we got involved in some other related synergistic initiatives including FairCoop. I had an article published in STIR magazine. To finish off the year, the three of us hackathoned our way through building and launching the Commons Transition platform, wiki and e-book! And the entire team (including Lara, Rocío, Cristopher, and Georgina) prepared all of the new translations.

It was a truly action-packed year full of surprises, lessons and connections. Individually and as a team, we intensified our participation in the fields we’re passionate about, and developed new relationships with like-minded people. We aren’t a very large team, though, so between these events, we actively engaged some new collaborating members. Being a collective means that we always need to work on our collaborative relationships, and sometimes things don’t work out as hoped. In the end, we’re grateful for the experience and the work. Finally, in the autumn of 2014, we began working in earnest to re-launch the site with a number of objectives in mind. Allow me to take you through our recent changes and near-future plans.

From our translators and editors page

We hope you like our redesigned web magazine; we’ve made a lot of changes with our readers in mind. Our original site presented a generous selection of translations, transcriptions, and other texts – roughly 100 pieces in total, ranging from 500 to 9,000 words, plus an abundance of subtitled videos. But with the constraints of our WordPress theme and other limitations, we had both target languages (Spanish and English) lumped together. Also, the menus and other factors made navigation less than ideal. We simply outgrew our original site. To address these obvious flaws, we spent several months creating two new, separate sites:  guerrillatranslation.org for target English content, and guerrillatranslation.es for target Spanish (tell all your friends!)

Since launching in 2013, we’ve never had a means to receive any donations for our pro-bono work; we now have a donations page. You can also learn about the services we offer as a complement to our pro-bono work here on this page.

We’re especially proud to share this series of generous testimonials from some of the authors we’ve worked with.

We worked very hard this year on our mission to share information with our peers worldwide, and to help change the overall narrative of our times by incorporating new stories that carry human and environmentally-grounded values.

Looking forward to what we intend to do in 2015, it’s hard to imagine our plates being much fuller, but an abundance of choices is not something to complain about. Here are some of our plans and intentions:

Thank you for being part of our growing circle of readers, authors and translators. We hope you enjoy our work and feel moved to share it widely, and we welcome your feedback. 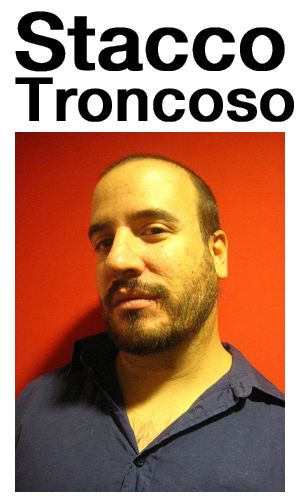 Stacco Troncoso (Madrid, 1975), is a co-founder of the P2P translation collective “Guerrilla Translation“, as well as a core team member for the P2P Foundation and the project lead for Commons Transition – an organization dedicated to spreading and strengthening the Commons worldwide. Read more...