Enric Duran of the Catalan Integrated Cooperative has taken the time to comment on Michel Bauwens’ recent article on Open Coops, contrasting Bauwens’ proposals with the practical realities already under way in the CIC’s own forward thinking cooperativist environment. Guerrilla Translation, as a sister collective to the P2P Foundation has copy-edited Duran’s replies.

Bauwens’ summary of these proposals include four key proposals which Duran addresses below. To give some context, the four proposals are:

Here are Duran’s comments to each proposal.

1. That coops need to be statutorily (internally) oriented towards the common good

Enric Duran: In the CIC’s second assembly, a set of general principles were approved:

Then, towards the end of 2013 the following principles were added:

I will now list some of these principles, namely those related to the common good.

From the first part:

Building an inclusive cooperative that encompasses the whole of society

Sharing our practices throughout society

From the second part :

a/ Recover common ownership for the benefit of all, with people-centered ownership and control

We have to recover the control of land and the means of production for the common good, enabling its availability through collectivization (communal ownership) for the public good.

b/ Build a cooperative system that is public and self-managed, based upon mutual aid

We work for the common good, to ensure that all of our vital necessities (food, health, housing, education, energy, transportation, etc.) are covered through a truly public system, built by ourselves and based on self-management, cooperating with one another and promoting the values and abilities that are essentially human.

We share knowledge among us all to build a greater common good.

At the practical level, we need to continue reinforcing our resources (people, self organization, money, spaces…) to expand our activity for the common good.

2. That coops need to have governance models including all stakeholders

The CIC has always included all stakeholders, as we welcome all who wish to be included. Ours in an open government model where everyone can be part of meetings and the decision making process with no need to apply for membership.

To this day, the biweekly in-person assemblies have represented the main decision-making space. At the same time, those involved in different commissions and projects — also carried out in open groups — hold more influence over their particular areas of work. People are welcome to participate in the meetings over the Internet, but in-person attendance is required to partake in the decision-making process.

We have, however, discovered the following shortcomings. The level of involvement of those members that don’t attend meetings is minimal. A possible solution would be to include and implement the use of direct democracy tools. We’re aware of the technical availability of these types of tools, but we feel that a broad social/political discussion is needed in order to assess their implementation.

We need to create ways to recognise and uphold in-person participation and involvement in tasks while also recognizing the right of participation by those who aren’t as involved, by means of votes or assessments which could be considered binding at some level. Discussions need to go straight into the CIC’s decision-making spaces.

Otherwise, at the economic level and given that there are no profits to be shared, the kind of open participation described above does not influence the general budget per se, but it could be interesting to think of other manners of economic involvement.

A way to foster this kind of economic involvement could be through a distributed benefit system tied to a simple project, something independent from the general budget. For example, we could create a kind of “fair shares for shop members and users”, where some portion of the common income is distributed among all sellers and users.

3. That coops need to actively co-produce the creation of immaterial and material commons

The CIC is committed to the creation of commons at multiple levels.

We are involved in a number of free software projects, such as:

However, these types of commons are not conducive to monetary income, because our political views are focused on free sharing.

Therefore, these types of initiatives are financed through crowdfunding campaigns or allocations redistributed from other income streams.

At the regional level, the CIC also offers a number of immaterial services and knowledge related to juridical frameworks and legal management. We consider the legal structure of our cooperative to be a functioning commons that benefits all the projects making use of it at a minimal cost. More than 300 productive projects are already making use of this framework.

The CIC’s involvement in the immaterial sphere also includes projects related to health, education, culture, among others.This is because as a project, the CIC surpasses the traditional role of a cooperative and includes a working, self-organised and open societal model.

Regarding the production of material commons we have some labs, such as Calafou or Macus, but we need to improve their development through consolidation and reinforcement.

All of these processes also need to be economically sustainable and we have a lot of work pending in order to be connected at the global level.

We would, however, welcome further ties to other groups involved with the material commons to learn how to collaborate together, specially in the immaterial aspects related to this type of material creation (knowledge, designs, funding).

Additionally, we’re interested in opening a dialogue about land commons. In this area the CIC actively promotes access to land, as well as shared housing, land and working spaces. Currently, there are dozens of rural projects in Catalonia linked to the CIC where people are actively sharing their tools, knowledge and land, taking part in forest restoration practises, etc. We understand the land as a commons and we’re committed to the progressive expansion of land commons in Catalonia.

4. That coops need to be organized socially and politically on a global basis, even as they produce locally.

The CIC is also committed to global change at a social and political level. We are involved in some projects at the global level:

Problem: “Integral Revolution”, the name we chose to describe our project, is not easily understood at an international level, specially for speakers of non-Latin languages. It is also possible that our practises are somewhat too complex to be readily understood.

Solution: We’re thinking about combining the concept behind Integral Revolution with a more easily understood and synergistic concept, such as “Open Cooperativism.” This very article marks a first step in that direction!

We have some contacts and leads of our own, but we’re actively on the lookout for good partners throughout the world in order to have a globally organised network.

Not only do we need to be open, we also need to seem open.

I’ve detected a problem and I feel that we need stronger ties to other, local, collectives working for the common good, as well as other general social movements and to civil society.

It’s very likely that our goals are much too innovative and different, and this causes people to have difficulty understanding what we’re really about. – People frequently confuse us with old-fashioned cooperatives. We need to partake in demonstrative actions which are accessible to most people.

These are the types of economic transactions currently taking place in the CIC:

One important aspect to consider is how to make the last arrow bidirectional.

I am thinking of introducing some type of distributed mechanism, like Fairshares, for certain projects. It would go something like this:

…in an automatic and decentralized way. The pilot project could take the form of a marketplace; a good, experimental space where users collaborate to create value simultaneously destined for the common budget and for anyone involved. For example, the fees for the transaction could be distributed the following way: 50% for the common pool and 50% for the users.

This could be an important initiative aimed at creating a greater awareness of open cooperativism within the CIC, while also overcoming the problem of client-provider relationships between the Commons-oriented structure and productive projects. 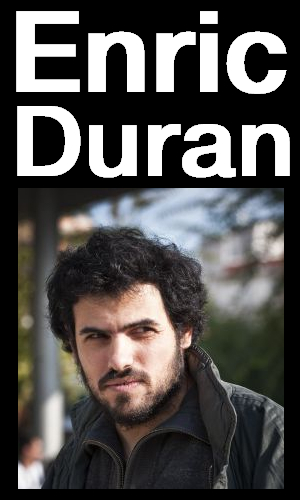 Enric Duran is a Catalan anti-capitalist activist, best known for his act of “financial civil disobedience” announced on September 17, 2008, in which he took out half a million Euros in bank loans and distributed the funds to anti-capitalist movements. Read more... 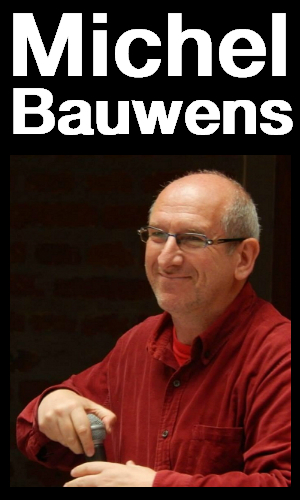 Michel Bauwens is the founder of the Foundation for Peer-to-Peer Alternatives and works in collaboration with a global group of researchers in the exploration of peer production, governance, and property. Read more...