Spanish economist, author and complementary currency activist Susana Martín Belmonte exposes the false assumption that has led to a fundamentally misguided diagnosis of the current financial crisis; the false assumption being that money needs to exist before it can be lent, when exactly the opposite is true. After years of research into the global monetary system, Martín Belmonte concluded that what is needed is a healthy, alternative monetary and financial system that favours the real economy rather than the speculative economy. In this piece, she lists several proposals to that end, including her own, which she calls “R-economy,” a monetary system based on nominative digital money created free of interest.

“The real challenge is monetary reform; creating a monetary and financial system that, beyond being a liquidity stopgap in the current situation, transcends the circumstantial to become structural.”

For the past five years, all we have been talking about is the financial crisis, its causes and its potential solutions. One of the issues that has become clear is that the financial crisis was triggered by the irresponsible manner in which financial institutions lent money during the period of 2001 to 2007. This applies to both the investor’s profile and the purpose of the investment, which was mostly real estate speculation.

All we need to do is look back at the predictions made by those who foresaw the 2008 crisis. They all warned us about the danger of the large debt bubble that was being created. Among them, economists such as Steve Keen, Nouriel Roubini and Dan Baker, experts from Spain’s central bank, or the environmentalist Ramón Fernández Durán, to name just a few.

It has also been proven that, with the exception of a few countries like Greece, this huge debt bubble was mostly made up of private debt. Such is the case of Spain, the United States, Ireland and the United Kingdom. Therefore, the crux of the matter lies in the criteria used to assign private credit, why they are wrong and how they could be improved.

When we think about debt, we mentally visualize a saver depositing his or her money in a bank and an investor borrowing money from a bank. This is where the misunderstanding begins. We assume that money being lent already exists, but that assumption is wrong.

Most people don’t know how money is created. This fact is nonetheless eluded, as if it were a minor detail. So when discussing the way money of unknown origin is lent, it is assumed that money already exists, because logic dictates that you can’t borrow something inexistent.

Money Exists Because It Is Lent

However, reality is often counterintuitive. Money is not lent because it exists, but rather it exists because it is lent. Most of the money in circulation today is created through loans made by the banking system. Lending is how nearly all money is created: bank money. The financial system is part of the monetary system, which is why the monetary system is so important. But the essential issue of how money is lent is not questioned, because starting from this false assumption (banks lend money that already exists) it is easy to accept all the justifications regarding how loan assignment works, which are just as false: savings have to be transferred to investments, a bank’s role is to act as an intermediary between savings and investments, savers must be paid interest in order to incentivize them to lend their money… All these ideas, which are not based on reality, are still used as the fundamental reasoning in diagnosing and proposing solutions to the financial problem. It is no wonder that the resulting proposals are not solving anything.

To illustrate in more detail how wrong overall public opinion is regarding the way the credit system works, we will mention, for example, Jaromir Benes and Michael Kumhof, two economists from the International Monetary Fund who have, independently, written an article called The Chicago Plan revisited, in which they propose a new monetary system. In their article they detail how the current system works, and we quote:

“In the current ﬁnancial system […] changes of a nation’s broad monetary aggregates depend almost entirely on changes in banks’ willingness to create deposits. But bank deposits can only be created (or destroyed) through the creation (or destruction) of bank loans.”

“The key function of banks in modern economies […] is not their largely incidental function as ﬁnancial intermediaries between depositors and borrowers, but rather their central function as creators and destroyers of money.”

“The often-heard prescription that in order to generate adequate levels of investment the economy ﬁrst needs to generate sufficient savings is fundamentally mistaken. Because the credit system will generate the saving along with the investment [when lending money].”

Solving and preventing financial crises requires applying alternative criteria to money lending (creating). Such new criteria are much easier to conceive if we do away with the false principles mentioned above and consider the real possibilities available, which are much broader than they may seem. Those possibilities are already being specified in proposals to reform the monetary system such as the one we have just alluded to.

The proposal I put forth is called R-economy. It is a monetary system using nominative digital money (account entries that are accessed through telematic means), which is created free of interest in order to nourish the production economy, allowing us to build a non-speculative real economy. This proposal is explained in detail in my book Nada está perdido. Un sistema monetario y financiero alternativo y sano (Icaria, 2011) [Nothing is lost: An alternative, healthy monetary and financial system].

Other initiatives propose monetary reform via the creation of parallel or complementary currencies. In 2012, Thomas Mayer, former chief economist of Deutsche Bank, proposed creating a parallel monetary system to solve the problems affecting peripheral countries in the European Union. His proposal for Greece, specifically, is a parallel currency called GEURO, which is explained on page 65 of this document published by the BVMW (German small and medium-sized business association).

Several economists, including Thomas Mayer, have signed a declaration in which they defend the creation of parallel or complementary currencies as the solution to problems facing troubled economies in the euro zone. But this trend is not just the result of monetary problems in the euro zone. Alternative currencies have traditionally provided a solution in times of monetary scarcity. In Switzerland, there is a currency called Wir, which has been operating since 1934, when a group of Swiss business owners launched it as a way to fight the Great Depression. Today it is used by over 60,000 local small and medium-sized businesses. There are studies that attribute the stability of the Swiss production economy to this currency.

Brazil’s central bank decided to support the creation of complementary currencies, after realizing the beneficial effects of a social currency created by an association in the region of Fortaleza, later named Banco Palmas. The city of Bristol in the UK has also launched a parallel currency called the Bristol Pound. The mayor of Bristol opted for receiving 100% of his salary in this currency.

Besides this mostly social trend, whose purpose is to find monetary solutions in the context of a recession, there are also other innovative monetary solutions that deserve a separate category. Most notable are the so-called cryptocurrencies, such as Bitcoin, which is created by decrypting computer codes. They are P2P currencies with the ability to escape government control, in which the social component is reduced to the acceptance of being a part of the community that uses them. More information in this article.

And we must not forget corporate currencies, which predominantly pursue profit for the companies that create them. Amazon has created the Amazon Coin for the consumption of applications and services related to the Kindle Fire. Facebook and the Second Life virtual environment also issued their own currencies in the past. Air miles and loyalty schemes that enable customers to earn exchangeable points for products, as a result of consuming a series of products or services of a particular brand, are also parallel monetary systems, and this trend is growing.

In spite of the fact that lack of liquidity is currently the prime reason for using alternative currencies, the real challenge is not just to fill the liquidity gap the real economy is suffering from at the moment. During the run on Argentinian banks, known as el corralito, the country generated numerous exchange schemes with complementary accounting units. Few of them have survived, unfortunately, and the formula for assigning credit continues to be the same in most of the world. This formula has proven to be the cause of the Great Recession we find ourselves in. The real challenge is monetary reform: creating a monetary and financial system that, beyond acting as a liquidity stopgap in the current situation, transcends the circumstantial to become structural, by establishing a different way of assigning credit, a different way of creating money that does not cause financial crises, recessions or any other problems that today’s monetary system generates, which I have not described in this article. 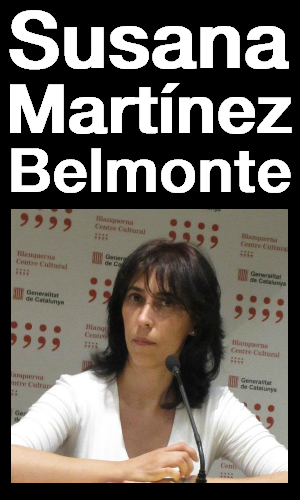