“World War III will be a global information war with no division between civilian and military participation.” (Marshall McLuhan, 1970)

My associates at Informa’t! BCN have proposed that I write about the War and the Internet. How online communication is changing offline politics and, specifically, how social media is structuring new forms of social conflict in the wake of the #15M Movement. In other words, they’re asking me how these “get-a-job you dirty hippie!” types go about waging their digital war. How, lacking any means, you can conquer, hold and make use of the political hegemony these social movements, the opponents to the Spanish regime and pro-democracy activists, have on the Internet.

Enthusiasts of the Internet as both political tool and battlefield, and I count myself among them, are fond of making grand statements such as: “this will change everything”, “it’s tyranny’s greatest nightmare”, or “the Internet is not just a tool, it is an epoch in history”, convinced that it’s the greatest weapon that we — those at the bottom — have ever had to defend democracy and defeat the enemy. The Internet is what Lawrence of Arabia must have been dreaming about all along. But observing the effects, day after day, isn’t enough. There’s a parallel struggle wherein we, day after day, have yet to convince our analogue colleagues and sceptics alike that these effects are not only real, but that what happens on the Internet doesn’t just stay on the Internet.

In daily practice, or at least in my daily practice, this is the digital divide that worries activists to no end, and this is what the debate is all about. There are two spaces: Internet and the RealWorld™, and many perceive them as discrete, separate compartments. Dividing them, they must imagine an unbridgeable chasm “while not everyone has Internet access”. In my opinion, this argument is the equivalent of what, in an old-style conflict, would have been expressed as: “stop using radio communications, not everyone has a radio receiver”.

I suspect that “Taking our fight to the streets and away from the keyboard” or “Forget about Twitter, come out to the streets” are just slogans. Are you telling me these people don’t know that there’s Internet on the streets too? How do they think anyone’s going to know about what’s going on at street level if there’s no one to tweet about it?

Then there’s those who say that people tend to stay at home because they can watch the protests streamed directly to the comfort of their living rooms. Do you think they’ve noticed that their argument is suspiciously similar to the one often repeated by the musical industry? That every time you download a song, that’s a song you haven’t paid for?

Pizarro 1 didn’t know how to read. But Cortés’ strategy was read to him, he cloned it and that was his grand tactical advantage. In the same manner, parents keeping their offspring away from the influence of television by disallowing them to watch television don’t realise that TV’s influence on the child originates with his peers, not the TV set. That’s how culture and human social behaviour work, and that’s how they’ve always worked. We live within networks because we’ve evolved within networks. Regardless of whether you’re connected to the Internet or not, the culture you live in is connected to the Internet, as a fish is connected to water.

Ideas change the world. I know this because I’m monitoring it in real time, day in, day out: Some ideas are born on a Saturday at 5 a.m. in that seedy, but authentic, dive that is 4chan. The following day, a few discuss the idea in the skyscrapers of Reddit as they work in their offices. Someone who’s seen it hoists it up to the cover of Menéame 2. Once past the bottleneck of Menéame’s shantytown filters, it automatically spreads over the vast fields of Twitter. That same night, it will be all over the walls of the suburbs of Facebook, where more people will see it than in any of the previous stops. Staying there is not the objective, though. If you only make it up to here, you’re not achieving true virility, just a very broad type of endogamy, but endogamy all the same. You still have to get to the RealWorld™, because that’s where the rest of the world is.

When you see the idea has spread to WhatsApp 3 groups, you’ll know it’s just about made it. There’s one last stop: the old and eternal email chain letters that serve as the gateway to the Internet. Everybody who’s on the Internet has an email account. Congratulations! You’ve now arrived at the RealWorld™ by making the reverse journey from the Internet. The idea you’ve fought for has triumphed over its enemies. People are talking about it in the street and down at the bar.

There’s shortcuts. For example, we can take an aspect of our agenda via Twitter (whether its healthcare, education, housing, rights, democracy…) and make it leap from the Internet to paper media in one step. We’re obviously not using Twitter just to spread memes amongst Twitter users. Getting a Trending Topic has never been the objective, the objective is to rewrite the agenda. That’s a shortcut we take every day. There’s another shortcut between Menéame and TV newsrooms. I’d like to write about all of this in another occasion.

Depending on the idea and the strategy, traversing this route can take anywhere from a couple of hours to a few years, but I’ve always observed a marked constancy along the way. If there’s a divide between the Internet and RealWorld™ it isn’t more insurmountable than the divide between Twitter or Facebook, or the English speaking or Latino blogospheres, to give a couple of examples.

It was all over in Barcelona on the #15J, 2011, at 1600 hours 4. We had fallen into the trap. Mass media had criminalised the protest in Parlament and public opinion had shunned our action. By 1500 we had been wiped from the streets and were at the keyboards, desperately deploying for a last ditch computer counterattack. By 1900, this video was out. Just minutes after making the front page of Menéame, it spread over Twitter and, within the hour, started getting plastered all over the walls of Facebook. The next morning I overheard two old people talking about the video at the entrance to the supermarket. I don’t know how it happened, but I can guess: Not every person in the world is on the Internet, but every person on the Internet is out in the world. Simply put, those pensioners live with people who are connected, and that’s more than enough. Not only did we make it through that day but, since then, and going through #QueSoyCompañeroCoño 5, the concept of the provocateur has gone beyond protest circles and is now part of global political culture. It’s an example of an idea that made it.

In my opinion, the RealWorld™ is just another layer. But, out of all the interfaces, it’s the one with most users, more bandwidth, better graphics, and it’s the only one in which you can have a beer.

Map of the descent to the RealWorld™ as imagined by @toret Source: DatAnalysis15m

1. [Francisco Pizarro, 16th century Spanish conquistador best known for his conquest of Perú, and for initiating the decline of Inca culture. See here for more.]↩

2. [Basically, a Spanish take on Reddit’s system of upvoting stories and links. Here’s their site.]↩

4. [On June 15th, 2011, thousands of protesters in Barcelona physically blocked access to the Catalonian Parliament where a series of austerity cuts were about to be voted on. See here for more.
]↩

5. [Hashtag which, translated, means, “I’m one of yours”. It refers to a viral video of an infiltrating policeman, dressed up as a violent protestor and getting arrested during the 25th September 2012 protests in Madrid while he pleads his allegiance. See this article for more.]↩ 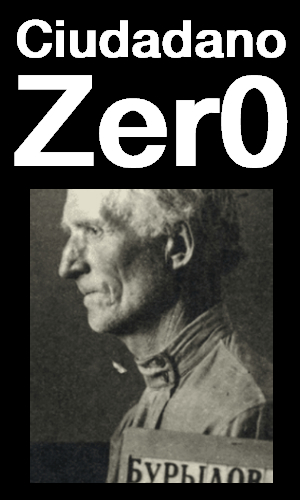 Ciudadano Zer0 is always on the move, down with #15mBCN, tweeting when things are happening or, if not, tweeting to make things happen. He's the feminine side of @X_Net_  Read more...