How is it possible that fifty people can stop a forced eviction? Not just once, but over and over again (as many as six hundred times). This question has been on my mind for a while. During the 25-S protests in Madrid 1, we saw for ourselves that the police can evict any number of protestors from anywhere. So, exactly what sort of strength allows those fifty people to stop a foreclosure eviction? What does it mean to have strength, if it’s not quite the same as having power (physical, quantitative, economic, institutional, etc.)? The following is my attempt at an answer that, by no means, fully exhausts the question. That is to say, there’s room for more answers and, above all, to keep asking the question – this, I believe, is the most important thing.

War of Position and War of Maneuver

I’m veering offroad for a bit before heading back to the highway, that being the question of how a handful of people have the strength to defend a home. Let´s look at the debate on the meaning of revolution carried out in Marxism between the two World Wars, where we’ll focus on the approach favoured by the Italian Marxist, Antonio Gramsci. At first it may seem like an odd jump, but it concerns a debate that is markedly contemporary, that the past doesn’t quite “pass”; it’s a rich deposit of images and knowledge, prone to updates and renewed sense-making from the perspective of our present problems and necessities.

Gramsci enters the debate making a distinction between a “war of maneuver” and a “war of position”. The concept of class struggle as war, described in military strategy terms, was prevalent in the Marxism of the time. What’s more, Gramsci was writing from Mussolini’s prison, and continually obliged to come up with new metaphors to evade censorship. Paradoxically, his use of cryptic and elusive language, rather than classical Marxist vocabulary, made Gramsci’s work a thousand times more useful as a source of inspiration for future readers.

Okay, so, the key features of the “war of maneuver” are: speed, limited appeal, and frontal attack. Gramsci makes his arguments via Trotsky’s “permanent revolution”, George Sorels’ general strike, Rosa Luxembourg´s worker insurrection and, particularly, the Leninist power grab. These images of revolutionary change clash, time and again, with European and Western reality: the bloody repression of the Spartacist movement in Germany (1918), the disbanding of worker’s councils in Italy during the Bienno Rosso (1919-20), and so on. To avert a predictable sense of frustration and to keep actively aspiring to social change, we have to reimagine revolution.

Writing behind bars, Gramsci reflects that the war of maneuver can only succeed where society is relatively independent from the State, and civil society (ie., institutions interrelated with State power: justice, media, etc.) is basic and unstructured, as was the case in Russia. By contradiction, Western Europe’s civil society was extremely solid, and acted as an “entrenchment and fortification to protect social order. It seems as if economic catastrophe has decisively breached the enemy position, but this remains a superficial effect, for behind it lies an efficient line of defense”.

Gramsci critiques the “historical mysticism” (revolution as a miraculous enlightenment) and economic determinism (the supposition that economic collapse will trigger the revolutionary process) and posits a new strategy, an alternate image for social transformation: the “war of position”. The defining feature of the war of position is the affirmation and development of a new vision of the world. Each of our daily actions, according to Gramsci, holds an implicit vision (or philosophy) of the world. Revolution disseminates a new vision – along with other expressions – of the world that slowly leaks power away from the old vision to, finally, displace it. This process is described by Gramsci as the “construction of hegemony”. No power will last long without hegemony, without control of the expressions of everyday life. It’d be domination sans legitimacy, power reduced to pure repression and fear. The taking of power must, therefore, be preceded by a “taking” of civil society.

Christianity and the Enlightenment

To illustrate his argument for another idea of revolution, Gramsci offers two examples: Christianity and the Enlightenment.  It’s quite curious: he utilizes a religious reform and an intellectual overhaul as models to conceptualise the political revolution he longs for. In both examples, the determining catalyst of change is a new definition of reality.

In the case of Christianity, it’s the idea that Christ has resurrected and there is life after death. Christianity coalesces around this “good news” that filters through every crack left behind by the old pagan world. The interesting feature is that the first Christians avoided power. Instead, their actions ultimately led power to come to them, as exemplified by the conversion of Emperor Constantine in the 4th Century A.D. The lesson of the first Christians would be: don’t fight directly for power, be the message-bearer of a new concept of the world, and, finally, the power shall fall (into your hands).

In the case of the Enlightenment, it’s the idea that all persons are of equal worth, as beings gifted with reason. The Enlightenment was the movement that spread this idea, in salons, clubs or encyclopediae. In the end, remarks Gramsci, once the French Revolution actually took place, it had already be won. Domination has no legitimacy because this new concept of the world has silently displaced the old, overtaking the powers of the Old Regime without them even noticing. The lesson from the Enlightened would be: the revolution is won before the revolution takes place, through the elaboration and expansion of a new image of the world.

These are the examples mentioned by Gramsci, who died in prison in 1937. But the 20th century has surely offered us other examples much closer to our own experience. Take, for example, the Gay Rights Movement. A movement both seen and unseen, formal and informal, political and cultural, that completely transforms the common perception regarding affective and sexual differences and goes on to effect legislative change. Or the Civil Rights Movement. Martin Luther King Jr. explained that the irresistible strength of the movement resided in overcoming the deeply internalised feelings of inferiority by confronting the opponents as equals (in civil disobedience campaigns, for example). An uprising in dignity that spurred modifications in the laws of the land.

Thus, the war of position, unlike the war of maneuver, is more an infiltration than an assault. A slow displacement, rather than an accumulation of forces. A collective and anonymous movement, rather than a minority and centralised operation. A form of indirect, everyday and diffuse pressure, rather than a concentrated and simultaneous insurrection (but, make no mistake, Gramsci doesn’t exclude insurrection at any stage, but subordinates it to the construction of hegemony). And, above all, based on the building and development of a new definition of reality. This, as explained in the words of the philosopher Cornelius Castoriadis as “what counts and what doesn’t count, what makes sense and what doesn’t, a definition not inscribed in books, but on the very being of things: the actions of human beings, their relations, their organization, their perception of what is, their affirmation and search for what counts, the materiality of the objects they produce, use and consume”.

Let’s return to our first scene, keeping this detour to Gramsci in mind. I think that if fifty people are capable of stopping a foreclosure eviction, it’s because, in some way, it had already been stopped.  That is, 15-M, when taken as a new social climate rather than an organization or structure, has redefined reality. What before was unseen (the very fact of foreclosure evictions happening) is now seen. What before was seen (in fact, normalized) as a “routine foreclosure of an outstanding mortgage”, now feels like something intolerable. What once was presented as inevitable, now appears as something contingent. The 15-M climate, using Gramsci’s analysis, has led the institutions of civil society to a state of crisis: policemen who disobey orders and won’t take part in evictions, judges taking advantage of any crack in the legal code to favour the foreclosed, journalists and media who empathise and amplify their messages, etc. Ultimately, fifty people in direct connection with the climate of 15-M, both in regards to the what (what they’re fighting for) as to the how (the way they fight) are not just fifty people. They are accompanied by millions, unseen. It’s what the philosopher Alain Badiou calls “a majority minority”. An agent of change: capable of infecting because it is itself a carrier.

So, going back to our initial question, we can define strength as the capacity to redefine reality: what’s worthy and unworthy, possible and impossible, seen and unseen. 15-M’s climate probably hasn’t got much power (physical, quantitative, institutional or economic), but strength, definitely. It isn’t just a social or political change, but also – above all – a cultural (or even aesthetic) transformation, an adjustment in perception (the threshold of what is seen and what is unseen), in sensibility (what we consider compatible or intolerable in our existence), and in the idea of what’s possible (“yes, we can”) 2.

The import of all this hasn’t been well understood by those who are critical of 15-M’s excessively “emotional” slant, starting with Zygmunt Bauman, the famous sociologist. What we loosely label affective or emotional – or, the unconscious base of our communal living – is precisely what moves us to consider a person who doesn’t live nearby as our neighbour anyway, and to then show up at their door to protect them from a forced eviction. The feeling that each of our lives doesn’t result in a single, isolated self, but rather, is interconnected with many other unknown lives (“we are the 99%”).

Politics isn’t, first and foremost, a matter of making allegations and raising awareness; there is no one straw that breaks the camel’s back, and what’s bad can be tolerated indefinitely. Instead, it is a sort of shedding of the skin, by which we become sensitive to this or allergic to that. Nor has it much to do with convincing (discourse), or seducing (marketing), but rather with opening all sorts of spaces to experience another way of living, another definition of reality, another vision of the world. In the struggle for hegemony, the skin – yours, mine, everyone’s – is the battlefield.

1. [ “25-S” refers to the Occupy/Surround Congress protests of September 25 2012.]↩
2. [“Sí se puede” was originally used as the motto of the United Farm Workers and, notably, during  Cesar Chavez’s 24 day fast in Phoenix, Arizona (see here for more details). It was then taken, in its English version, by the Obama “Yes, we can!” 2008 campaign. Finally, the 15-M movement has reclaimed the phrase, back in its original Spanish form as a rallying cry to celebrate its successes. See this video, for example..]↩ 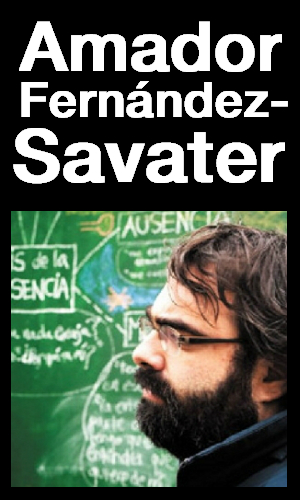